We all know Fractal Design as a manufacturer of high quality PC cases. But Fractal Design also makes AIO processor coolers, and today we’ll be checking out their new Celsius+ S36 Prisma cooler that features RGB lights, an RGB and fan hub as well as other neat details.

Before we dive in, let’s have a look at the specifications.

The included fans are from Fractal Design’s Prisma series, which means that they have built-in ARGB lighting. As such, they are programmable and can be configured according to one’s liking. With the S36 model, you’ll get a total of three 120 mm PWM fans.

The box is plain and simple and it has a nice photo on the front that gives you a good view of the product that you’ll be getting. You have the product name, specs and so on on the various sides of the box.

As soon as we take out the cooler from the packaging we notice how the tubes are nicely fitted onto the radiator and the pump. This is of course to be expected since this is an AIO cooler. We also find the three 120 mm Prisma PWM fans, a wire for the RGB lights, several mounting brackets with the relevant screws and a manual. The red slip of paper is a notice to users that in case of trouble, one should contact their support team since most issues can be resolved without having to ship the unit back to them.

I normally don’t rely too much on manuals, but it’s worth mentioning that the instructions included with this kit are very detailed and thoroughly goes over the entire process. There’s also a good description of the individual parts and their measurements, which is a rare sight these days. It might also be redundant for most users, but it’s always nice to see how manufacturers are going those extra steps.

Now, let’s have a look at the product itself. The first thing that grabs one’s attention is the really beautiful pump head. It’s done in a matte black finish on the sides. On the top (i.e. front) there’s a ring with RGB lighting as well as a dark reflective surface. There’s also a small Fractal Design logo as well as a PWM and AUTO indicator on the front. The functionality related to this is that by twisting the front part of the pump head, one can set the cooler up with either manual control of fan and pump speed, or simply have it all be automatically adjusted. If you choose the AUTO setting, the cooler will use Fractal Designs fan speed curve, which seeks to be as silent as possible under use. If left on PWM, it is the user that can configure the speeds, either via BIOS or via the motherboard software.

There’s not much to say about the radiator other than that it is black. The tubes are also quite unremarkable. They are of course sleeves, which is quite common these days with AIOs in this range. One thing that is nice to note before we move on is the fact that the tubes can be turned both on the pump head end, but also on the radiator end. This allows for optimal flexibility when installing the cooler, and you’ll avoid having to apply awkward bends and twists on the tubes that in the worst case can lead to leakages.

With that out of the way, we get to one of my favorite things about this cooler. Fractal Design has had a stroke of genius and installed a fan and RGB hub at the very top of the radiator. This means that you can plug in all of the fan cables right there, between the two tubes. Typically, routing all of these cables nicely is one of the biggest nuisances, but here you just have to lead them to the same location, which is brilliant.

The cables from the hub then follow the tubes down to the pump head, and this is where all the magic is happening. From the pump head, only two cables are needed to be attached to the motherboard. One of them, which, by the way, is nicely sleeved, goes to the CPU_FAN header, and the other cable is purely for the RGB controls, and goes into a vacant RGB header on the motherboard. It’s easy, convenient and wonderful, and that is all there is to it.

In terms of the RGB lights, you have to note that it is a 5V 3-pin connector, compared to the 12V 4-pin connector that some RGB systems make use of. As such, you might find that the RGB lights are not directly compatible with whatever existing RGB system you might be using, and therefore needs to be controlled separately.

While on the topic of RGB lighting, the included fans each have 6 emitters in the middle of each fan. These can be configured according to one’s preferences via third-party software. On the top of the pump head there is a ring with emitters too, and it can also be configured in the same manner. All of the lights can also easily be turned off, which also means that you could leave out the RGB cable all together and thereby save some clutter.

This brings us to the installation. First things first, and I attach the three included fans to the radiator and connect the PWM cables to the hub between the tubes. Followingly, I daisy chain the RGB connectors so that I only have a single cable that feeds into the hub. In regard to the PWM cables you have to be aware that the cable of the fan that is positioned the farthest away from the hub is a bit short, and you have to rotate the fan so that it will reach the hub.

We now have to attach the pump to the processor. Since I am using an AMD platform it is a rather simple process in that I will be using the plastic mounting brackets already sitting on the motherboard. However, I do have to prepare the pump head since it requires a specific bracket to fit on the AMD platform.

This is easily done by twisting the pre-fitted bracket counter clockwise and removing it. This bracket is then replaced by the appropriate AMD bracket by placing it on the pump head and twisting it clockwise with the small tap towards the motherboard.

After that, a small noose and a thumbscrew in the small hole opposite to the small tap on the bracket.

The cooler is now ready to be mounted on top of the processor. No thermal compound is required since some has been factory-applied. Unfortunately, no extra compound is included, in case you have to remove the cooler and re-attach it later.

The aforementioned small tap is guided into the bracket on the motherboard, and the cooler is then tilted down onto the processor. The other end with the noose and the thumbscrew can now be fixed and tightened. No additional tools are needed, which is great.

Lastly, the cables from the pump head are connected to the motherboard, which I’ve gone over earlier. The cooler is now ready for use, and in this case, for a performance test.

Our test procedure involves warming up the system with a CPU-Z stress test for 10/30 minutes (air/water). After that, we let it continue for 2 minutes, whilst measuring the average temperature in HWiNFO64. We then subtract the room temperature at that given time and arrive at a delta temperature in order to provide as neutral a result as possible. The fans and pump are set to run at full speed so we get an idea of the maximum performance. This should provide us with a good indication of what the cooler is capable of and whether it can handle more or less than what we throw at it.

The Fractal Design Celsius+ S36 Prismo cooler manages our benchmark test in flying colors. It actually ends up as the best performing AIO cooler of the bunch, which is quite impressive. Obviously, it’s not only pretty, but also a solid performer. We must keep in mind, though, that we are dealing with three 120 mm fans that are running at 2000 RPM, which is higher than any of the other coolers that we’ve compared with. So it should somewhat be expected to see this cooler perform better at its maximum capacity compared to the competition.

Speaking of high RPMs, let’s talk about the noise levels. Obviously, the higher RPMs you run at, the higher the noise levels will subsequently be. Here, the Celsius+ S36 Prismo also finds itself in the higher end of the scale. In our completely unscientific, yet indicative sound test, the cooler was measured at 37 dB at a distance of roughly 30 cm, at full speed.

However, if you opt for a less aggressive cooling profile, we were able to reach such a low level that our equipment wasn’t able to pick up the noise.

The Fractal Design Celsius+ S36 Prismo cooler is a completely new addition to the market and is priced at around $199. It’s definitely in the more expensive end of the scale for a 360 mm AIO cooler, and its predecessor, the Celsius S36 is only around $119.99. However, with this new installment to the series, you get a whole range of new features that aren’t all that common and that are really nice to have or that makes the installation much easier.

The Celsius+ S36 Prisma cooler from Fractal Design is a fantastic AIO cooler that comes with a lot of features that I’ve only been able to dream about up until this point. Easy installation and connection of fans, a scarce amount of cables that need to be connected and most importantly, good performance. The RGB and fan hub is something that I appreciate a lot, and with this, I believe that Fractal Design has introduced something that will become a industry standard in the future.

The cooler is made from some nice materials, and it will look good in just about any system no matter if you like RGBs or don’t.

The performance cannot be faulted. Here, the cooler takes the lead over the other coolers that we’ve tested on the same system. However, this is largely due to the fact the coolers support up to 2000 RPM, which in turn also produces a substantial amount of noise.

There’s also the RGB lights on the fans and on the pump, and they look decent, but it’s seen better on other products.

The Fractal Design Celsius+ S36 Prisma ends up with a score of 9/10 and our Editor’s Choice award for a cooler that delivers fantastic cooling performance, looks awesome and is very easy to install. The only downside is the noise levels that are relatively high when the cooler is performing at maximum capacity. Also, the rather short cable length of the fans, which was mainly an issue with the fan placed farthest away from the hub. 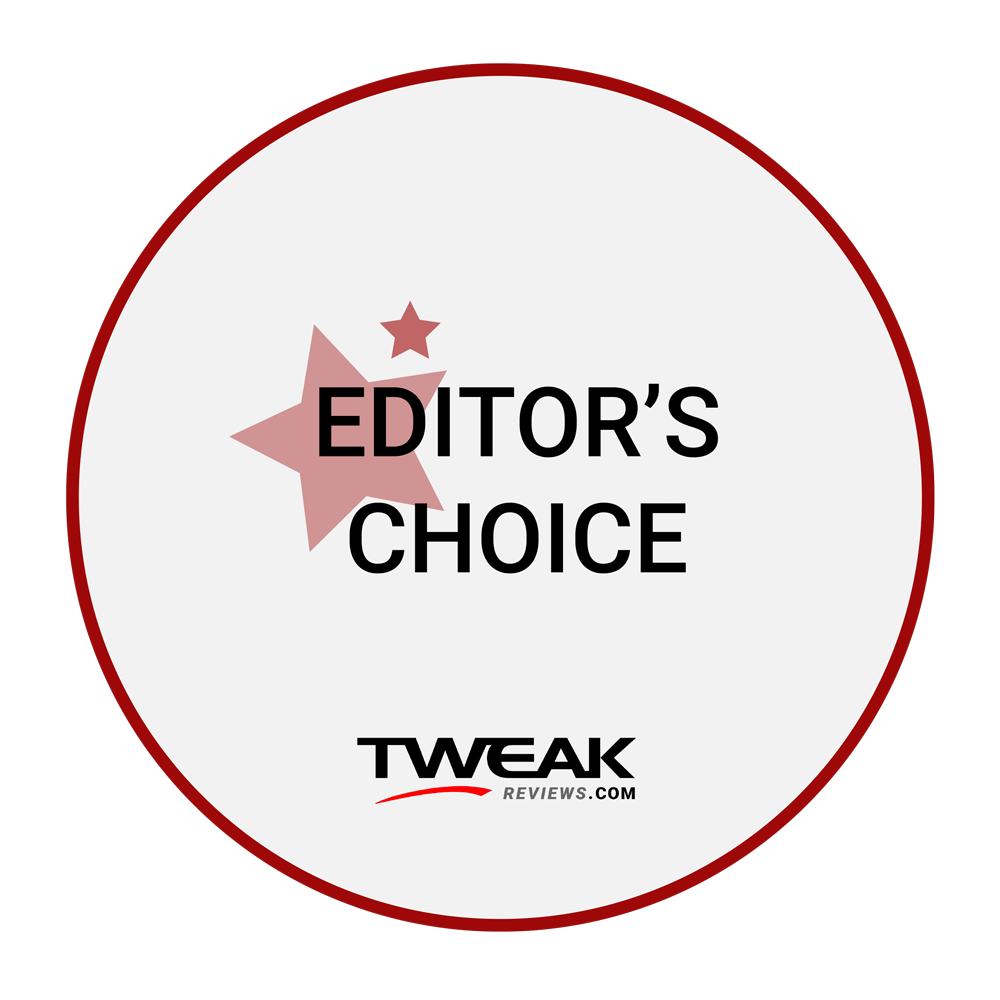