Nvidia recently released their SUPER series of cards. Today, we’ve taken a look at MSI’s version of the RTX 2080 SUPER, which in this case falls into their Gaming X Trio series.
By Berleburg
13 nov. 2019 09:31 am
f t

It’s time to have a look at yet another graphics card from MSI, and this time around, it’s the last remaining one from their SUPER line-up, which Nvidia cooked up, probably as a response to AMD’s Navi cards earlier this year. We’ve had a look at the RTX 2060 and 2070 SUPER cards, so I won’t be going into much more detail related to the launch of the SUPER cards. We’ve gone over that previously, and the same applies to the entire range of SUPER cards. You’ll find the other reviews on this site.

In short, there are no big revelations present from neither Nvidia nor MSI. Instead, we are provided with a refined version of their existing product.

The RTX 2080 SUPER sports the same RAM configuration, which consists of 8 GB GDDR6 RAM on a 256-bit memory bus. The speed of the RAM has been increased a bit, though, from 14 Gbps to 15.5 Gbps, and that, along with the extra 128 CUDA cores, 16 Tensor cores is about all that has been changed when comparing with the regular RTX 2080.

The clock speeds have received a small bump, and according to Nvidia’s standard specs, the base clock is 1650 MHz and the boost clock is 1815 MHz. That’s 135 MHz and 105 MHz higher than the regular RTX 2080.

We won’t be handling the reference model from Nvidia, today, though. Instead, this is the MSI Gaming X Trio, and here we find that the boost clock is 1845 MHz. So, they’ve made a few tweaks. Based on our previous experience, we expect to see even higher clock speeds due to Nvidia’s automatic boost that comes with the built-in GPU boost.

The MSI RTX 2080 SUPER Gaming X Trio surely lives up to its name, and from a design perspective it is identical to the three other cards from the same series. If you place all of the cards right next to each other, you’d be hard pressed to tell them apart, were it not for a small sticker on the back, revealing the model name.

This isn’t by any means a bad thing, though. As I’ve touched upon in previous reviews, the Gaming X Trio cards are quite beautifully designed. They are stylish and subtle and should fit well into most systems.

It comes with RGB lights that can be controlled via MSI’s Mystic Light, and the nice backplate is made from brushed aluminum, which suits the card very well. At the same time, we’ve previously concluded that MSI’s tri-Frozr cooler design is fully capable of keeping the card cool and quiet. Since everything is the same with this card, we expect no less this time around too.

It takes two eight-pin connectors to power the card. This is the same as with the RTX 2070 SUPER. In terms of connectivity, we get three DisplayPort 1.5, a single HDMI 2.0b and finally a USB Type-C, which is for future VR-solutions, but which, until then, can be used as a plain USB port if that’s what you need.

So, the card doesn’t offer much new in terms of aesthetics and exterior features. It’s simply the same highly capable design that we’ve seen from MSI before. The difference is in the performance tuning, which is also the reasoning behind the added SUPER suffix. We’ve of course tested the card in order to determine how much the performance has been improved.

Under load, the card boosted to a stable 1865 MHz. So, just as we had expected, the cooling solution allows for the card to take full advantage of GPU Boost, even beyond the specified boost clock. The temperature topped at 66 °C, i.e. a delta temperature of 42 °C. The card managed to do so at a very low noise level (37 dB) even under full load, which makes it a very pleasant card to be around.

We’ve of course tested the card against the other entries in the SUPER series in order to see how well it does, and of course also in comparison with the regular RTX 2080 which it is meant to replace.

The first test is 3DMark Time Spy. To no one’s great surprise, the RTX 2080 Ti takes the lead. The remaining cards are pretty close to each other, and the difference between the RTX 2080 SUPER and non-SUPER is particularly small.

Next up is 3DMark Fire Strike Ultra. Here, the results resemble those of the previous chart. So, the next step is to see what the results look like in real gaming tests.

The first game is Assassin’s Creed Odyssey, which is one of the most demanding titles in our test program. The MSI RTX 2080 SUPER Gaming X Trio does really well in both 1080p and 1440p, with more than 60 FPS in both resolutions. However, 4K manages to get the better of it. It’s still playable, if you can live with poorer performance or poorer quality settings.

In this chart we notice a quite interesting results. The RTX 2080 Ti still takes a solid lead, but when looking at the remaining cards, there’s no noteworthy difference in performance between the three.

Next, we have Far Cry 5, which is a newer game that features some stunning visuals, but isn’t as demanding as Assassin’s Creed. Here, we get some more solid results with more than 100 FPS on average in 1080p and 1440p, and a quite decent performance in 4K, where we get more than 60 FPS.

If we look at the comparison chart, however, we see the same trend as before. The 2080 Ti is in the lead, and as we move down the list, we see a very narrow difference between the contenders. The RTX 2080 SUPER and non-SUPER are neck and neck, and the gap between them and the RTX 2070 SUPER isn’t that substantial either.

The final game that we’ll try is Overwatch, which is clearly the most forgiving title of the bunch. Still, it serves as a good representation of the most popular esport titles. It comes as no surprise that the performance here is very good. At 1080p we hit the 300 FPS maximum, and at 1440p and 4K we are also doing really well.

If we once again take a look at the comparison chart, we see the repeating trend again, but it’s not really any surprise as Overwatch doesn’t really demand much from modern day graphics cards. The RTX 2080 Ti naturally wins, and once again we see the two RTX 2080 cards side by side, and only a bit ahead of the RTX 2070 SUPER.

So, where do we land with the RTX 2080 SUPER Gaming X Trio? Well, it’s not only the appearance that is reminiscent of the previous Gaming X Trio cards. The performance is also quite identical as my tests have surely proven by now.

However, the same unfortunately doesn’t quite apply here. As such, I honestly find the RTX 2080 SUPER the most redundant one of the whole SUPER bunch. This particular version from MSI, the Gaming X Trio, is really nice in terms of looks, cooling and noise level, but the improvement in terms of performance is nothing special. It certainly won’t be noticeable when in use since it’s so close to the regular RTX 2080 that it simply doesn’t matter. Sure, there might be some games, aside from the ones I’ve tested here, where the difference stands out a bit more, but for the most part, the difference is very limited.

The price of the MSI RTX 2080 SUPER Gaming X Trio is around $750, which is more than $100 more expensive than the regular RTX 2080 (based on a quick look-up at newegg at the time of this writing), from the same series. Personally, I find that you might as well save that money since there’s not much more performance to gain at the extra cost.

Overall, I still find the RTX 2070 SUPER to be the best pick. We get almost the same level of performance, but at a much lower cost, depending on what card you have in mind. This is a typical consequence when you have a highly segmented market. The improvements are so small when moving up the ladder of products. In fact, Nvidia has cornered themselves a bit by throwing so many different models on the market. Their cheaper cards are so good that I am only able to recommend the RTX 2080 SUPER to you if you don’t care about the price or if you want to squeeze every last FPS out of your games.

MSI has done a really good job in keeping its version of the RTX 2080 SUPER both cool and quiet, but it doesn’t change the fact that the GPU chip doesn’t really hold its own when compared to other offerings on the market. I almost feel a bit sorry for MSI, and the other manufacturers, that they have to create cards based on Nvidia’s RTX 2080 SUPER chip. The really great work the MSI has done is shadowed by a GPU chip that doesn’t really make any sense.

We arrive at a final score of 6 for a card that technically does really well, in a vacuum. However, in reality, when we compare to what the market also has to offer, you can find other products that offer a better price-performance ratio. 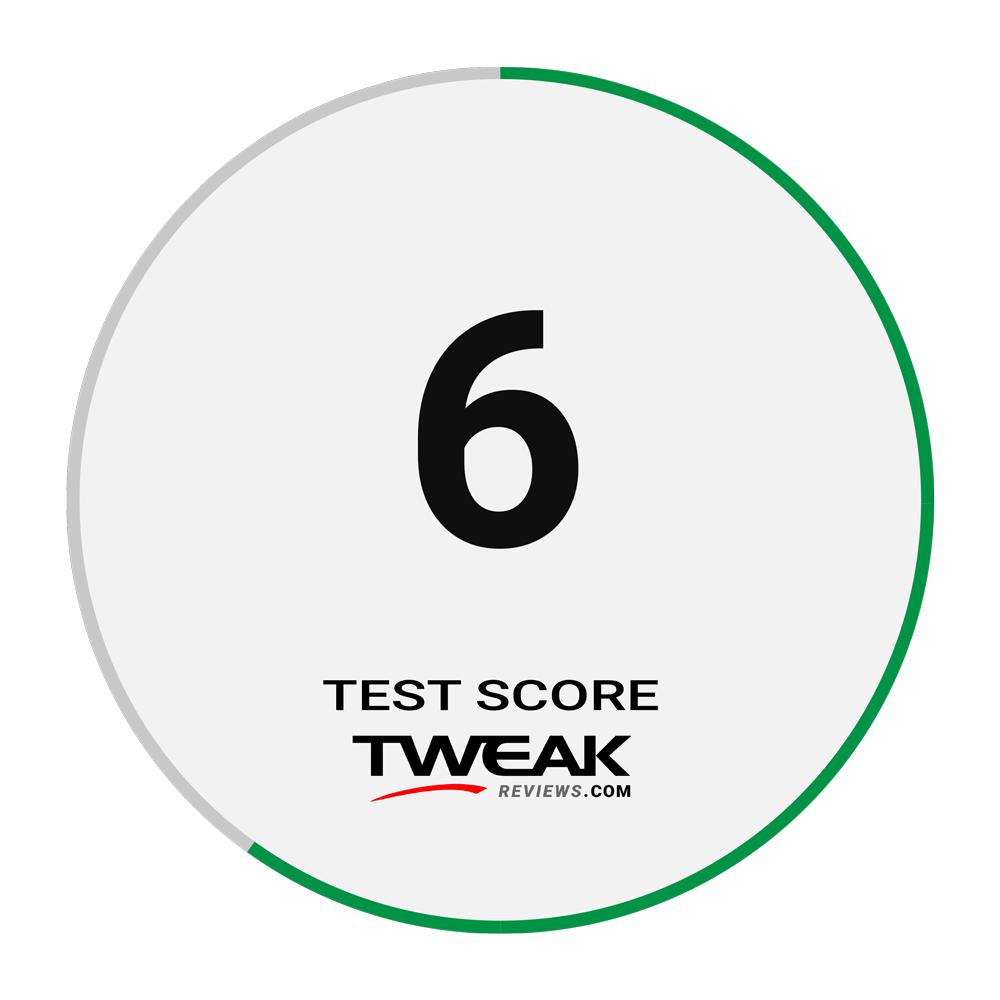